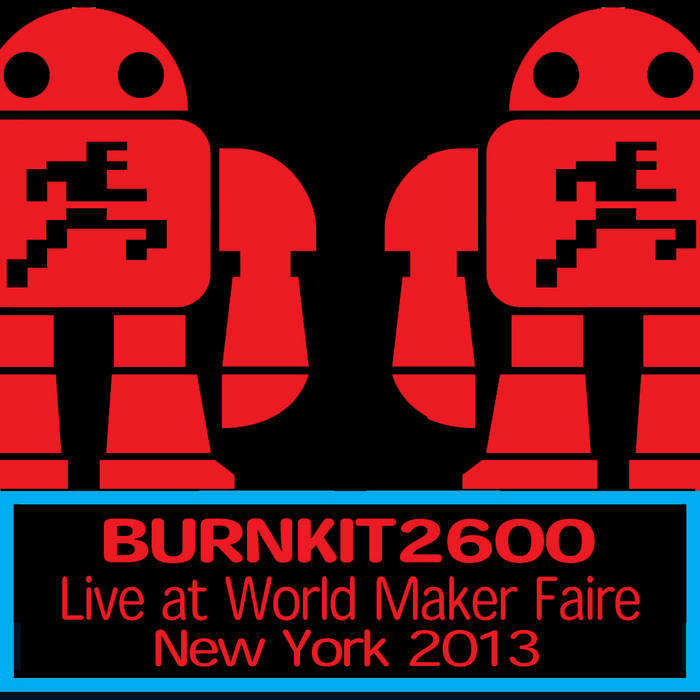 Prepare for some noisy chaos & chunky beats. Burnkit2600 returned to their stripped down circuit-bent roots for the World Maker Faire New York 2013. Armed with minimal gear with maximum mods, they jammed and demoed their instruments for the masses over two days at The World's Biggest Show and Tell!

This set of crunchy excerpts was captured live to a digital recorder and features guest appearances by anonymous children who tested out the gear.
Featured instruments are circuit-bent HR-16, Speak & Math, SK-5 and an ER-1. Plus modified TR-606DFM, The TV Synth (Synesthesia 1) the Dub Siren, and a couple of sequenced Bleep Kits.

This page has a bunch of info, link to an interview & photos of our setup.
www.burnkit2600.com/world-maker-faire-2013/